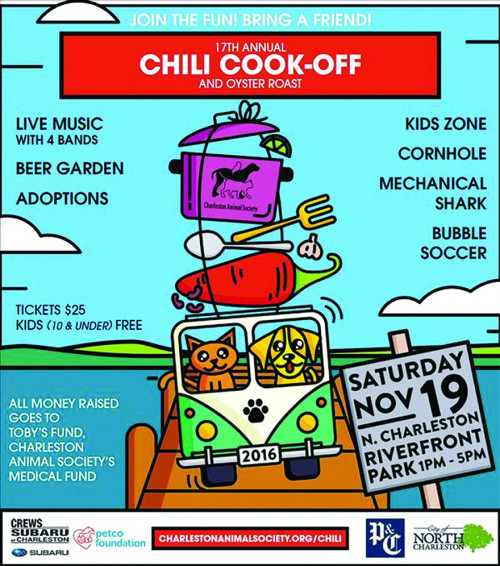 Why It Won
The Charleston Animal Society’s annual Chili Cook-Off and Oyster Roast surpassed its initial predictions by a mile … and a half! It resulted in an income of over half a million, which exceeded its estimated $375,000 goal by a whopping 34 percent. The net revenue of $300,600 saved 314 animals.

What’s even more notable is that the event pulled in 126 fundraising and chili-cooking teams who raised $179,000. In addition, the event raised $211,000 in sponsorships and $113,000 in ticket sales and day-of retail—a 39 percent increase from the year prior. And an added bonus: all 25 dogs that were on-site were adopted. Congrats!