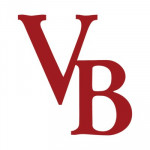 The Virginia Commonwealth School of Engineering announced Thursday it has received a $25 million grant from the Bill & Melinda Gates Foundation to build on its efforts to reduce the costs of lifesaving medications.

The grant was announced Thursday at event held at the Virginia Biotechnology Research Park, which was attended by Gov. Terry McAuliffe and VCU President Michael Rao.

Available Grants for Your Nonprofit

Nailing Your Next Grant Proposal