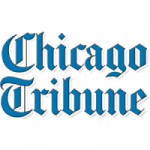 The University of Illinois is launching a multibillion-dollar fundraising campaign across its three campuses, university officials announced this month, a massive effort that continues a series of expansive planning moves in the wake of the state budget impasse.

The Urbana-Champaign campus seeks to collect $2.25 billion in public and private donations over the next five years. Springfield is looking to collect $40 million, according to university officials. The Urbana-Champaign and Springfield campuses formally started the public phases of their plans last week, while Chicago will kick off its campaign and announce its funding goal Oct. 28.

All three campaigns will end in 2022, university leaders said.

Even without knowing the collective goal for the three schools, the stage is set for the university to try to surpass its most recent, record-setting fundraising drive. “Brilliant Futures,” which ended in 2011, raised $2.43 billion for the schools and the university foundation.