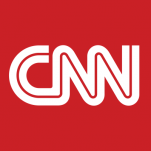 "The President, it's no secret, has made it very clear that he's a pro-life president," White House Press Secretary Sean Spicer told reporters at his first daily briefing. "He wants to stand up for all Americans, including the unborn, and I think the reinstatement of this policy is not just something that echoes that value, but respects taxpayer funding as well."

Even during the Obama years, U.S. law banned direct funding for abortion services. But NGOs that performed the procedure were allowed to receive U.S. funding for other programs, including those related to contraception access and post-abortion care.