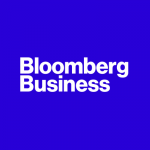 President Donald Trump’s budget proposal to Congress calls for eliminating social programs dating to President Lyndon Johnson’s War on Poverty and would cut spending on assistance to needy counties in Appalachia and the Mississippi Delta, as well as hungry schoolchildren in Cambodia.

Grants for rural water projects, funds for local transit systems and a host of regional economic-development commissions would end under the plan. The reductions come as part of an attempted shift in federal spending toward security and defense without adding to the U.S. deficit, Trump said in a statement accompanying the blueprint.

"We are going to do more with less and make the government lean and accountable to the people," Trump said. "To keep Americans safe, we have made the tough choices that have been put off for too long."

Every Fundraiser Needs a Coach

So You Want to Be a Director of Development?

Are You a Great Fundraiser?