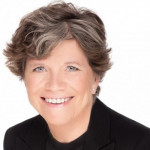 Earlier this year, my friend Vu Le suggested on his hilarious (yet pointed) blog, Nonprofit With Balls, that we need a nonprofit-themed reality TV show.

I think Vu was serious. And I had some ideas of my own. Maybe a drama, such as "CSI," in which an organization, like the ACLU, takes on a new case each week. Or, better yet, a nonprofit version of "The Office" that illustrates the absurdity of high-maintenance donors, board meetings where conversation goes in circles and so on.