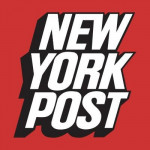 At least 45 tax-exempt charitable groups funneled some of the donations for their “worthy” causes into the campaign coffers of political parties and candidates—an illegal practice that could jeopardize their tax-exempt status with the IRS, a Post review of two years of campaign filings shows.

The charitable groups’ combined contributions to the pols totaled about $70,000, according to records filed with the state Board of Elections.

In one transaction, the charitable foundation of “Sex in the City’’ actress Cynthia Nixon and her wife, Christine Marinoni, donated $5,000 to the Working Families Party last August. The WFP called the donation a “bookkeeping error.”

Preparing for an Election Disaster

Guide Your Nonprofit Through Election Season

What to Know About the CARES Act
Comments
Subscribe
Find Resources