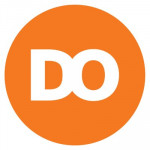 Almost one-third of the total estimated cost of Syracuse University’s $62.5 million National Veterans Resource Complex project will be covered by a single donation.

SU alumnus Daniel D’Aniello and his wife, Gayle, have donated $20 million to the complex, the university announced Monday morning. D’Aniello is a life trustee of the university. He graduated from the Martin J. Whitman School of Management in 1968.

The gift is one of the single largest donations in university history.

“[SU] is deeply grateful for the D’Aniello family’s support, which has the potential to change the lives of millions of veterans and military families,” said Chancellor Kent Syverud in a press release Monday.

The NVRC aims to centralize a number of veterans services in one building at the intersection of South Crouse and Waverly avenues, the former site of SU’s Hoople Building.

How to Be a Learning Major Gift Officer