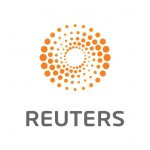 News that billionaire financier George Soros is a backer of a campaign group seeking to keep Britain in the EU added fire to Britain’s Brexit debate on Thursday, with supporters of quitting the bloc accusing opponents of plotting a “coup."

The Best of Britain campaign group confirmed it had received 400,000 pounds from Soros. Soros, best known in Britain for earning billions betting against the pound in the early 1990s, is the target of a hostile media campaign by the nationalist government in his native Hungary and a hate figure for rightwing campaigners in eastern Europe and the United States.

Best of Britain said it had obeyed all rules on political funding in accepting the donation from Soros.

Prime Minister Theresa May’s office repeated its long-standing position that the decision to leave the EU in 2019 after a vote in 2016 was final and would not be reversed. It also defended the right of campaign groups to accept donations.