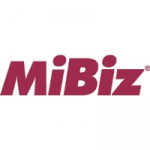 The philanthropic efforts of nonprofits and foundations throughout Michigan are increasingly addressing bigger issues such as affordable housing, community revitalization and employment.

While these initiatives traditionally fall under the economic development umbrella, the philanthropic sector has always been engaged in them on a smaller scale, according to industry sources.

“As the number of nonprofits in the state has continued to grow, we have a lot of foundations that have a couple of million a year generated by endowments, and they’re looking around and not feeling the need for a public charity mission. It’s now about a cause,” said Jeff Williams, CEO of Lansing-based Public Sector Consultants Inc. “Many of the foundations in Michigan are through that first cycle and are now looking at what else they can do.”

Decades ago, nonprofits might have gotten involved in a single project, Williams said. Now, they are taking a look at systems as opposed to being site-specific.

“It’s just an extension of what they’ve been doing for a long time and now they have more money and can take on bigger projects,” he said.