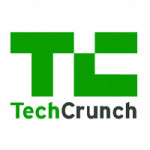 In one of its first public statements since its launch, the Obama Foundation is issuing a call to examine the concept of digital citizenship.

Digital engagement and being a good digital citizen were focal points of the Obama Administration—and it appears to be one of the early centers of interest for the former president in his private function as a global citizen.

Speaking earlier this year at the University of Chicago, he touched on this theme, saying:

“[We] now have a situation in which everybody’s listening to people who already agree with them. People are using social media and the global reach of the Internet to reinforc[e] their own realities, to the neglect of a common reality that allows us to have a healthy debate and then try to find common ground and actually move solutions forward.”

What to Know About the CARES Act