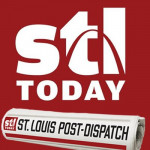 Beginning in January, activists will station themselves at jails in St. Louis and elsewhere around the country and begin using a $16 million bail fund in a bid to combat the so-called criminalization of race and poverty.

The program’s proponents say it will save hundreds of millions of taxpayer dollars now spent to house detainees and spare those arrested from job losses, loss of custody of children, suicide, sexual victimization and other consequences of time spent behind bars.

Called The Bail Project, the charitable initiative is modeled after a program that has been running in New York for a decade called The Bronx Freedom Fund.

Harnessing the Power of Talent and Technology

Why I Give Away Cash Out of My Car Window

What Nonprofits Can Learn From the NFL