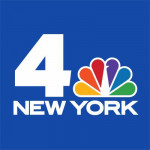 Kid Rock is diving deeper into politics and creating a nonprofit organization to promote voter registration among Americans, the musician announced in a statement on his website late Wednesday.

"The one thing I've seen over and over is that although people are unhappy with the government, too few are even registered to vote or do anything about it," Kid Rock said in the statement, about two weeks after he first hinted that he may run for U.S. Senate in Michigan.

The statement was later added to his kidrockforsenate.com website.

Though the rocker offered no further specific details of his future group, Kid Rock explained that he wants to raise money for the cause and help people register to vote at his concerts. He also said that he wants profits from his merchandise to fund the cause as well.