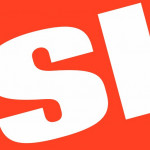 Puerto Rico was struck Wednesday by Hurricane Maria, the second powerful storm to hit the island in as many weeks. The storm tracked across much of the island, knocking the entire power grid offline. The whole island is without power and could be for months,governor Ricardo Rossello told CNN. The storm also caused extensive flooding.

The island escaped major damage from Hurricane Irma earlier this month when the storm stayed further offshore than anticipated. Still, that storm knocked out power to 70 percent of the island and left nearly 40 percent of Puerto Ricans without running water.