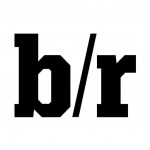 One of Houston's most famous athletes is doing what he can to help the city recover from the effects of Hurricane Harvey.

"I think that it's been an unbelievable display of what can happen when people come together," Watt said, via Aaron Wilson of the Houston Chronicle. "Just to see how many people are sharing it, to see how many people are donating. Whether it's $5, whether it's $500, whatever it may be, to see so many people's support, to see so many people send the message, spread the message, it's incredible. And I think that's what Houston's all about. It's a very diverse city. It's a very resilient city. It's been through things like this before—maybe not of this magnitude, but it's been through these types of situations."