JJ Watt Raised $33M for Harvey Relief (But Where Will it Go?) 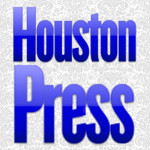 If you're one of thousands of Harvey-ravaged Houstonians who could use a handout from Houston Texan J.J. Watt's hurricane relief fund, you're going to have to wait a little longer. While the J.J. Watt Foundation raised a mindblowing $33 million in two weeks, a foundation spokesperson said there's currently no long-term plan in place for how the money will be spent.

Let's face it: Most people in Houston (and elsewhere) love Watt, so it wasn't much of a surprise when his initial goal of $200,000 was quickly surpassed. But his foundation, established in 2011, is a relatively modest outfit: According to IRS filings, the foundation is used to overseeing about $1.4 million a year, which goes to after-school programs primarily in Texas and in Watt's home state of Wisconsin. The sudden infusion of such a large amount of money is far more than the nonprofit is used to handling.

Watt's has been one of the most successful fundraising efforts in Harvey's wake, and the all-pro defensive end has rightly received accolades for wanting to help his community. But when the Houston Press asked how people could apply for funds, or how the funds would be used, we couldn't get a clear response.