How Jerry Lewis Raised $2.6B for Charity With His Famous Muscular Dystrophy Telethons 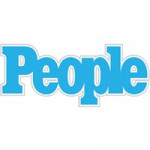 Aside from starring in some of the classic comedy films of the past half century, Jerry Lewis will be remembered for his humanitarian work, especially the annual telethon he hosted for 45 years that raised money and awareness for muscular dystrophy.

The telethon for the Muscular Dystrophy Association, for which the comedian served as national chairman of and spokesman from its inception until 2011, dated back to the 1950s, when the Jerry Lewis Thanksgiving Party for MDA raised funds for their New York City area operations.

From 1966 until 2010, Lewis appeared on television every Labor Day as host of the round-the-clock telethon to raise funds to fight neuromuscular diseases.