Jeff Bezos Thanks for Philanthropy Suggestions, Promises ‘More to Come’ 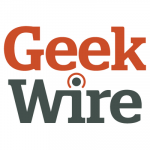 Two months after he asked the Twitterverse to suggest short-term options for future philanthropy, Amazon CEO Jeff Bezos passed along his appreciation for the tens of thousands of responses that were sent in.

“I’m really glad I asked—the responses have been very helpful and have already [changed] my thinking about how to approach this,” said Bezos, who currently ranks as the world’s third-richest person.

He said there’d be “more to come.”

In June’s opening tweet, Bezos noted that he typically favors “long-term” ventures such as Amazon, The Washington Post and Blue Origin, but that he’s finding himself drawn to “the other end of the spectrum … helping people in the here and now—short term—at the intersection of urgent need and lasting limpact.”

Bezos hasn’t yet made as big an impact in the philanthropic world as Microsoft co-founder Bill Gates, who is pouring billions into global health and education through the Bill & Melinda Gates Foundation. But he has made significant contributions to a broad spectrum of local causes, ranging from Mary’s Place to the Fred Hutchinson Cancer Research Center to the University of Washington. On the national level, the Bezos Family Foundation focuses on boosting education and child development.