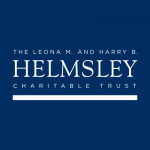 The Leona M. and Harry B. Helmsley Charitable Trust has provided a total of $5.2 million to the Australasian Gastro Intestinal Research Foundation and the Chinese University of Hong Kong to study environmental factors that influence the development of inflammatory bowel diseases (IBD), which have been rising in Asia.

The 3-year grants will support researchers in Hong Kong and Australia who are part of the Eastern Inflammatory Bowel Disease Gut Microbiota consortium to identify microbial organisms and related dietary factors that contribute to the development of Crohn’s disease, one of the two major forms of IBD and a life-long disabling condition of the gut. Rates of IBD have been rapidly rising in the developing world. The change has been especially pronounced in China, which is expected to have over 1.5 million cases of IBD by 2025.