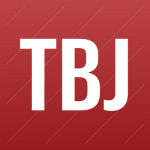 Though it reached its goal early, Duke University has closed its largest fundraising campaign, Duke Forward, raising $3.85 billion. And in the process, it set another annual fundraising record.

The Duke Forward campaign spanned 7 years. When the university launched the campaign July 1, 2010, it set out to raise $3.25 billion, which it reached at the end of its last fiscal year. The university kept the fundraise open through its scheduled end date of June 30 this year.

For each of the last five consecutive years, Duke has continued to best itself for annual fundraising amounts. Duke raised $589 million in the last fiscal year, with $581 million of that in cash commitments. It raised $506 million in cash the year before—out of a total of $571 million total in gifts—which topped the record from the 2014 to 2015 fiscal year of $478 million cash.

How a Nonprofit Can Establish a Scholarship Fund
Comments
Find Resources