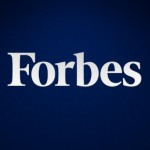 Mei Hing Chak—also known as Zhai Meiqing—was feted with a Carnegie Medal of Philanthropy in New York this week for exceptional giving and creating a world of positive change. Chak and her husband Liu Zhiqiang ranked No. 205 on the Forbes China Rich List in 2016 with a combined fortune worth $1.4 billion.

“The value of life is actually not measured by the amount of wealth you possess but by the contribution you make to society,” Chak said at an award event at the New York Public Library on Tuesday.  Click here for a link to her full remarks in Chinese and English.

Chak in 2005 established the HeungKong Charitable Foundation, a philanthropic foundation in China, committed to education, poverty alleviation, and rescue and disaster relief. The foundation has served more than two million people in need, according to Carnegie.