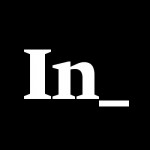 The David Horowitz Freedom Center, a controversial California-based nonprofit that sponsors virulently anti-Muslim and anti-immigrant campaigns in the U.S., has quietly played a prominent role in financing Dutch far-right nationalist Geert Wilders’s People’s Party for Freedom (PVV). The PVV’s platform calls for an end to Muslim immigration and the closing down of mosques and Islamic schools in the Netherlands—and polls suggest it may win the largest number of seats in the Netherland’s parliamentary elections this month.

By providing grants to the PVV, the Freedom Center, which operates as a 501(c)3 nonprofit, may have violated IRS tax rules that prohibit tax-exempt charitable groups from funding overt political campaign activity.

Former IRS tax officials who spoke to The Intercept also note that the Freedom Center failed to disclose the grants to Wilders’s political party in its annual tax return, another potential violation of the law. Nonprofit groups’ tax returns are public documents.