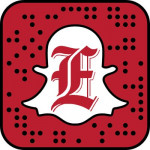 The NYU School of Law plans to launch a new center funded by Michael Bloomberg's charitable organization to assist state attorneys general that oppose moves by the Trump administration to eliminate and scale back environmental and energy regulations.

The charity, Bloomberg Philanthropies, which was founded by the former mayor of New York City, will donate $6 million to the new project, dubbed the State Energy and Environmental Impact Center, according to the Washington Post.

The Post says the center will provide legal assistance to the attorneys general on renewable energy, climate and environmental issues and will sponsor 10 lawyers on two-year fellowships to work on cases on behalf of attorneys general.

How to Deal With Territorial Attitudes in Your Organization