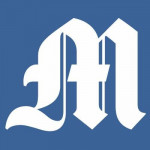 Bill and Melinda Gates, as the world’s top philanthropists, are rethinking their work in America as they confront what they consider their unsatisfactory track record on schools, the country’s growing inequity and a president they disagree with more than any other.

In an interview with the Associated Press, the couple said they’re concerned about President Donald Trump’s “America first” worldview. They’ve made known their differences with the president and his party on issues including foreign aid, taxes and protections for immigrant youth in the country illegally.

And they said they’re now digging into the layers of U.S. poverty that they haven’t been deeply involved with at the national level, including employment, race, housing, mental health, incarceration and substance abuse.