An Army of Hollywood Stars Teamed Up for a Huge Hurricane Harvey, Irma Relief Fundraiser 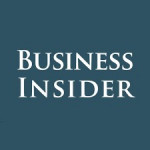 A cadre of Hollywood celebrities gave passionate speeches, moving performances and hit the phones on Tuesday at a live televised telethon to raise funds for the survivors and victims of Hurricanes Harvey and Irma.

The hour-long telethon, which aired across broadcast, cable and digital platforms, raised more than $14 million. During the show, Stephen Colbert said Apple Inc. had donated $5 million, which the comedian quipped, "is also the price of the new iPhone."