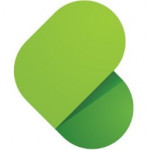 In today’s fundraising landscape, there are not many donor groups as coveted as the Millennials.

Due to the lifetime value of acquiring Millennials at an early age, Millennial donors quickly have become one of the most sought-after groups among nonprofits and independent fundraisers.

And these nonprofits and fundraisers have the numbers to prove it!

According to the 2015 Millennial Impact Report, a whopping 84 percent of Millennials made a charitable donation in 2014. Long gone are the days of assuming Millennials are a predominantly selfish group of consumers.

However, many NPOs and fundraisers struggle to acquire and retain these donors.