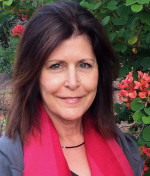 Lisa Cooke
Lisa Cooke has spent over 20 years in the film industry as a VFX and animation producer, creative consultant, story analyst and screenwriter. In production and creative development, she has worked for such clients as Warner Bros, Lucasfilm, Fox, Nickelodeon Films, Liberty Films, Reardon Studios, Kerner Productions, Berkeley Repertory Theatre, Golden Leaf Films, ABC, CBS and Universal, and in the FX and animation industry for companies such as Pixar Animation Studios, Glasgow-based Digital Animations Group, Pinnacle Studios and Tippett Studio.
As Sr. Producer at MOVA, she produced motion capture for feature film and games, supervised HD production and post production for film and video and helped introduce MOVA’s Contour reality capture technology to the film industry. She has also taught story structure at the SF Academy of Art and Ex’pression College of Digital Arts.
Lisa is currently founder and executive producer at Green Ray Media, a  studio that specializes in helping organizations tell their stories through visual  media, with an emphasis on the scientific, medical and nonprofit sectors.

Storytelling is a powerful communication tool to engage your audience and inspire them to take action. Why is it so powerful? It’s because the human brain is hardwired to seek out stories. Story is how we identify ourselves, interact as social beings and make sense of our world...