Understand What Your Volunteers Need From Your Nonprofit

Remember Maslow’s hierarchy of needs? Just about everybody got a dose of Maslow somewhere along the line, either in high school social studies class, or college psychology or sociology courses. And if it somehow slipped by you in school, you may have read about it in management or productivity books. Even books on project management talk about it.

Maslow’s model is often depicted as a pyramid. Once someone fulfills the needs at a lower level, they are motivated by those at the next higher level. 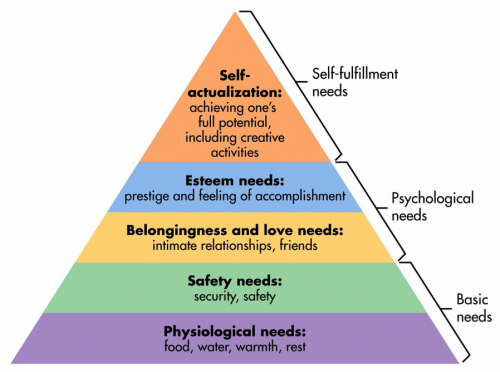 The hierarchy has been around for a long time. It’s familiar, comfortable—like an old shoe. Which made it kind of surprising when The New York Times columnist Arthur Brooks did a major takedown of Maslow’s Hierarchy in an editorial yesterday.

Brooks scores some good points in his critique. His major point is that Maslow’s theory is overly focused on the development of the self, absent a social context. He uses marriage as an example. Maslow’s school of thought believes that marriage is an arrangement where two people help the other to develop and grow. Spouses are kinds of coaches who help their partner become the best they can be.

Brooks is unconvinced. He says, “It’s not just in marriage, but in everything, Maslow’s hierarchy of needs has always pointed toward a chilly, unsatisfying version of self-fulfillment.” In other words, Maslow is a guru for the “me-generation.” 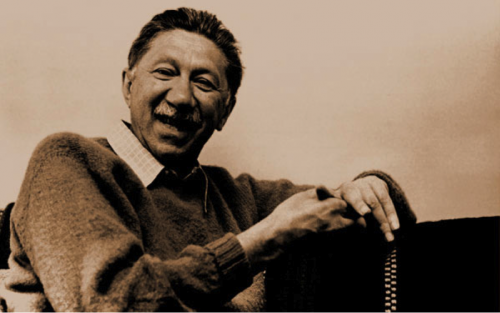 Nonprofit professionals are in the needs-fulfillment business for our volunteers. Getting people to engage with our missions depends on understanding how working on our behalf meets their needs.

Since Maslow first published the hierarchy in his 1943 paper, “A Theory of Human Motivation,” we have learned a lot about what motivates people to rally to our causes.

Daniel Pink’s “trifecta of motivation,” popularized in his book, “Drive: The Surprising Truth About What Motivates Us,” summarizes psychologists’ current thinking on motivation. The three elements of his trifecta are autonomy, mastery and purpose. The key to cultivating high performance and satisfaction in volunteers is understanding the deeply human need to direct our own lives, to learn and create new things, and to do better by ourselves and our world.

What is the best way to motivate your constituents? Psychologist Edward Deci investigated motivation and found that money, materials and other extrinsic forces do not motivate people to perform. He found that in order to succeed, motivation must come from within. Deci’s research demonstrated that people’s intrinsic needs for competence, autonomy and purpose (Pink’s trifecta) predicted their performance.

In his book, “Why We Work,” Swarthmore University psychologist Barry Schwartz cites research across many settings that examines the factors that lead to people experiencing satisfaction. Schwartz conducts interviews in hospitals and hair salons, auto plants and boardrooms, talking to people in all walks of life, chronicling the trends and patterns that lead to happiness. He proves that the root of what drives people to do good work can rarely be incentivized, and that the cause of bad work is often an attempt to do just that.

Brooks concludes The New York Times piece by saying, “Maslow’s hierarchy of needs too easily devolves into self-absorption. It’s time to put it away.”

Whether you agree or disagree with Maslow, here’s something really interesting: According to Stephen Covey and Rebecca Merrill in their book, “First Things First,” Maslow revised his hierarchy later in life.

He realized that the highest need is not self-actualization, but self-transcendence—namely, living for a purpose higher than self. Before his death, Maslow recognized that a real sense of fulfillment does not come from seeking your own welfare, but from living and doing things for a purpose beyond yourself. That’s the opportunity nonprofits offer to every volunteer, every day.

5 Ways to Get Your Donors Excited Again to Give