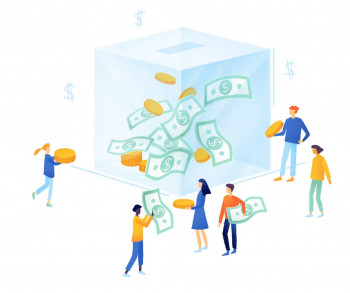 The answer to that question is new-charity. More specifically, what charity has become today, thanks to its people-driven focus.

In days past, charity ―  “old-charity" ― was dominated by the few and influential. Sure, it is true that, at the local level, community members were able to organize fundraisers for causes near and dear effectively. Past that scale, however, the average person lacked the ability to properly communicate and cooperate with people at a distance, much less across the country.

The key factor that has changed is transparency, with regard to the information about the problem itself and with how to actually approach giving in a meaningful way. Because of the internet’s ability to convey both of those elements ― creating a “collective intelligence” that can constantly be added to by nonprofits and philanthropists ―  the people are informed enough to have a voice of their own. Or better yet, to create a voice of their own.

Unlike the politician or the philanthropist, the people’s voice, when harnessed properly, tends to be without agenda; usually, what motivates someone to part from their money ―  particularly if they don’t have much of it ― is a deeply-felt reaction called up from the core of their being, and not because of their political affiliation. In short, when they give to a specific charity or project, the people provide the most powerful proof of confidence possible: putting their money where their mouth, and usually their heart, is.

This, in a nutshell, is the "case for new-charity": through harnessing the power of the crowd, private individuals can signal where money is most needed, without the help of the government nor the stern direction of the uber-wealthy. That means less taxes, and more giving.

In the last year, there have been two major crowdfunding campaigns that demonstrated the power of the crowd, one each from both sides of the aisle. These campaigns effectively drew the line where government and old-charity ends and the powerful ability of the people begins.

Last June, as detentions began on the Southern Border, the government found itself inundated with a massive immigration court backlog. At its then-current capacity, it was unable to process cases quickly enough to cut down on detention time in a meaningful way. Moved to action, a couple created a simple Facebook fundraiser for the Refugee and Immigrant Center for Education and Legal Services. They set out with a goal of $1,500, and to the world’s surprise, ended up with over $20 million ―  millions that went to providing legal representation and release bonds for the detained. This not only freed those within the centers, but gave the government much needed relief to focus on cracking out its cases.

Also, keep in mind that the nonprofit that was built to defend those crossing the border had an operating budget of less than $1 million. On their own, in their old-charity ways, they wouldn’t have been able to address the crossing epidemic, but when the government fails and a nonprofit cannot do it, clearly, the people come to the rescue. The problem came quick and a remedy came quicker. There was no six-month wait for a grant approval; there was no political debate. The people rose up and raised millions in days for actual people. Talk about cutting out the middle-man.

On the right, Brian Kolfage, a veteran who was frustrated by the shutdown ―  brought on by the budget battle over a wall on the Southern Border ―  took matters into his own hands. By the time it ended, Kolfage’s “We The People Will Build the Wall” raised over $20 million from 300,000 plus people, in just under 25 days. To really emphasize how impressive that is, that’s nearly $1,000,000 a day to a random person’s charity, done primarily through small donor giving.

Where those campaigns are right now, or whether they were successful or not, is irrelevant. It showed us clear examples of the power of the crowd. While the wall GoFundMe generated but $20 million out of its $1 billion goal, if you told anyone 10 years ago that that much could be raised in such little time for such a cause, without any top-down influence, they would have laughed in your face. Mark my words: In just a few years, as the uber-connectivity of our planet becomes even more fluid than it is today, with the likes of real time, user-generated spread of information and quicker more instant giving pathways, a fundraiser of this nature will reach that billion dollar mark.

We’re already seeing the early signs of a new-charity revolution, with new records set in crowdraising every month. Right before our eyes, the groundwork for the next generation of a people-powered, systematic shift is being laid today. What can you do to advance that? Simply go out and vote for what you believe ―  with your little bit of money — and help make a difference in the world!

Wait. That felt like a pretty solid ending. Why do we need a part three? Stay tuned.