Are You Making Assumptions About Your Donors?

When I was 12 years old, I decided I wanted to change the world.

The best way, it seemed to me, was through politics. So, a few short years out of high school, I landed a job with a remarkable state legislator from Detroit.

In the dirty world of politics, Joe was someone who I’d already learned was a rarity: a man of thoughtfulness, dignity and integrity. In fact, so much so that colleagues on both sides of the aisle referred to him as “Gentleman Joe.” He was also a man of innate intelligence. One who had risen above difficult circumstances as one of 13 born to a family of sharecroppers in Miledgeville, Georgia—long before the Civil Rights Movement.

At the age of 17, he was arrested in Georgia for an incident on a bus that paralleled that of Rosa Parks. The judge in his case offered Joe the choice of jail or the army, and he chose the army. A decision he often said changed the course of his life.

He told me he learned discipline. He also learned how to cook.

As a member of the prestigious appropriations committee, Joe chaired, at various times, subcommittees on corrections, social services and mental health. Part of the process involved meeting at the beginning of every year with the heads of the departments to review their proposed budgets for the year.

Probably the most entertaining part of my job in those first few years involved watching these department heads in their interactions with Joe. Perhaps it was because he was plainspoken and easygoing with an infectious sense of humor. They often underestimated him. We had a hunch that some of them suspected he might be a pushover. Gradually though, it dawned on them that this man was someone who knew his business—a man to be reckoned with.

You see, they’d made certain assumptions. Assumptions based on Joe’s genial personality and unsophisticated language; assumptions that were, perhaps, based on the color of his skin.

With his trademark integrity, dignity and enough charisma to fill a truck, Joe deftly challenged those who ever held any kind of doubt about him or his capabilities, putting their misgivings to rest. Their expressions upon realizing the error of their ways were often, in a word, priceless. These were folks who talked a good game and held all the right credentials (degrees including PhDs). But it didn't matter. Joe was Joe.

It’s easy to make assumptions. I have to stop myself.

But are you making assumptions about your donors? 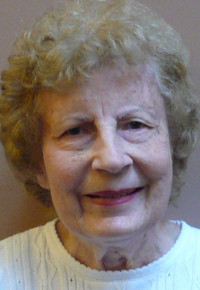 Remember Elizabeth Verdow? She’s the schoolteacher who left nearly $2 million to the Detroit Institute of the Arts. Blow up her picture and put it on your wall as a reminder of your donors’ dreams, hopes and passions for a brighter world. How will you surprise and delight and inspire them today—and every day?

How to Build Your Nonprofit Community