What’s that blather? Is it bullying? Is it prejudice? Is it ignorance? Yes, to all, but most importantly, it is ingroup bias. This bias is important to understand if you are raising money.

Americans (and people in general) are generous by nature. We experience a well-documented and scientifically relevant response that scientists call the “warm glow” effect when we give. But, is the warm glow effect dependent on the object of our giving? Is any act of largess enough to provoke that warm glow, or does it depend on whom we are pointing our generosity towards? Predictably, it’s complicated.

While people are generous to others, their giving is strongly biased towards how much they perceive others to be like them. Psychologists describe this as the “ingroup-outgroup” effect. People like us are our "ingroup," and people not like us are our "outgroup." We are powerfully, sometimes woefully, affected by how we perceive ourselves in relation to certain groups. 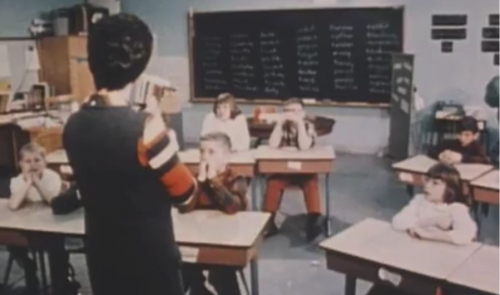 In-group favoritism has been shown to occur based on many types of groupings, such as ethnicity, religiosity and political affiliation. Social psychologists have conducted thousands of studies on the topic, but one of the most compelling demonstrations of ingroup-outgroup bias was done in 1968 by Jane Elliott, a third-grade teacher in Iowa.

To address the idea of racial prejudice, Elliott divided her class of 7-year-olds and 8-year-olds into two groups on the basis of their eye color. As profiled in the 1985 PBS documentary, “A Class Divided,” the brown-eyed children became targets of discrimination from the “better” blue-eyed children, sometimes being sadistically ridiculed and shunned. Later, she reversed the scenario and the blue-eyed children suffered at the hands of those with brown eyes.

This can be pretty discouraging stuff. If there is any good news, it is this: Thoughtful positioning of messaging that appeals to a person’s sense of being part of a group can increase the likelihood that they will lend their support. There are lots of examples… Half the world’s population lives on less than $2.50 per day. Living on $2.50 per day is not ingroup with almost anyone in a position to give, unless we position it as, “a mother just like you struggles to keep her family fed every day.” Or, how about presenting “the face of opioid addiction” as a 65-year old white grandpa; opioid addiction is a problem cuts across all demographic lines.

We can’t change human nature, but with some rhetorical Jiu Jitsu, we can harness it for good. We can take the same bias that causes us to take each other’s lunches and use it to raise money for equality, better health, cures and so much more.