In a recent blog, we wrote about the crucial role that volunteerism plays in the success of peer-to-peer campaigns. Get it right, and good things happen. Get it wrong, and you can expect revenue to flatline, if not decline. We’ve seen it happen over and over. The trick is to build guardrails that give volunteers room to act with some level of autonomy but still give them enough structure to ensure a successful outcome.

Giving people a sense of autonomy says to them, “I trust you.” Taking it away tells them they are just a cog in your fundraising assembly line.

On many occasions, walk managers at the national and local levels have shared with us their attempts to control volunteers. Some control is necessary to meet legal requirements, manage risk and protect the brand, of course. But typically, the control exerted has far more to do with staff comfort and performance metrics than with risk containment.

An incredibly overt example of this came out during a conference with one of Turnkey’s clients. The chief development officer recounted her struggles to control the brand assets and structure of her walk series.

“It’s like they don’t understand that it is our walk, and they are here to help us,” she said of volunteer involvement. There was an awkward silence. This particular walk grew quickly in the hands of volunteers, then when it reached a critical mass in terms of achieving income that was significant to the national office, staff seized control.

Then the walk stalled, and volunteers grew ever more restless. This is a cycle repeated often in the small nonprofit environment: Volunteers start the program, volunteers grow the program, then staff takes control as the asset becomes important to the bottom line.

In a 2016 interview, Sandra Hijikata, chief development officer at the Juvenile Diabetes Research Foundation, said that engaging volunteers is critically important in peer-to-peer. “A staffer running an event can only grow so much, and then they hit a ceiling. That leads to staff assuming control, then getting burned out, which leads to volunteer disenfranchisement.” She said that many events become pure acquisition tools versus relationship-building tools that lead to networking and long-term stewardship.

“In the past, [peer-to-peer] at JDRF has often been more of a pure acquisition tool than a retention and engagement tool,” Sandra said. “We’ve made it harder for ourselves. It’s become a churn machine rather than a relationship machine.” 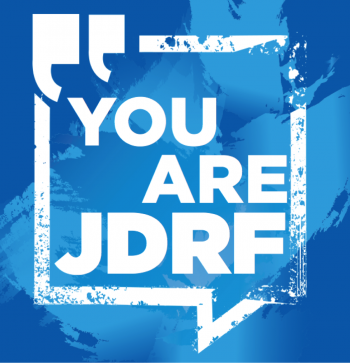 The for-profit business world knows that it’s easier to upsell an existing customer than to acquire a new buyer. Similarly, if nonprofits are continually in acquisition mode, they aren’t looking at the long-term value of a donor. Acquisition is expensive no matter what method you use but especially if you can’t retain donors. Staff gets wrapped up in acquisition, rather than achieving goals.

“The easiest thing to do to make goal is go out and find new participants, rather than figuring out how to engage and retain the ones you have today or had last year,” Sandra said. “There has to be a marriage between how much time we spend on building relationships and acquisition.”

When JDRF launched OneWalk, the chief executive officer at that time wanted more brand consistency across the nation. Part of that exercise was an event audit. As a result of going back and taking a look at the events, the organization realized that it had become lax with implementation, whether with staff or volunteers.

The OneWalk pilot in its second year saw a 6 percent increase from 2015 to 2016, less from a new brand and more from improved implementation and volunteer handling. “It’s the balance of the partnership between volunteer and staff that is the key to growth for us,” Sandra told us. “I have to say it was a combination of role clarity, focusing on doing the right things during implementation, and building relationships through the engagement and involvement of people.”