The Homeless Don’t Deserve Our Help

There were 30 homeless women living in our church last week. On Saturday, they left us, bound for another church, which was coordinated by CARITAS, a nonprofit in Richmond, Va. 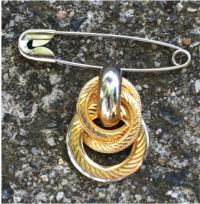 Image via VanHuss and Fulton

As we cleaned Saturday morning after they left, I (Katrina) found a brooch made from a safety pin and a broken earring on the ground. What it said to me was, “I am like you.” The homeless are typically seen as different. They are not. They want beauty. They want to have a conversation. They want to contribute. They want relationships. They want jobs. They want to be able to go home.

I came home from cleaning and showed Otis the photo of the homemade brooch. He answered the following question for me: “Why aren’t there more people like the people who served the homeless at my church? Why doesn’t everyone want to help the homeless?”

This is what Otis shared with me:

In his book “Mindwise” University of Chicago professor Nicholas Epley describes the importance of “distance” and the ability people have to imagine what others are thinking or feeling. Epley says, “Distance is not just physical space. It is also psychological space, the degree to which you feel connected to someone else.” The ability to feel empathy for another group decreases as distance increases. In some cases, distance can grow and shrink. For example, when you get in an argument with your spouse, you feel “distant” from them. Then, you can feel the psychological distance diminish when you resolve the conflict. 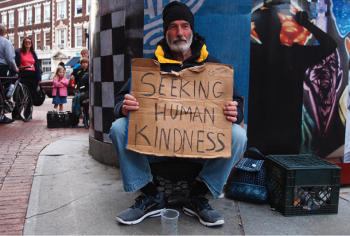 But distance from groups that are unlike ours is more difficult to close. People who are viewed as “too different” from us can completely shut down our ability to connect with them. For most Americans, the homeless fall into this psychological no-man’s land.

In 2006, Princeton psychologists Lasana Harris and Susan Fiske published a paper titled “Dehumanizing the Lowest of the Low: Neuroimaging Responses to Extreme Out-Groups.” Their study looked at what happened when they put university students into an MRI scanner and showed them a variety of images. The images included a wide range of things and individuals, including the elderly, those who are disabled, rich people, American Olympic athletes and business professionals.

So, foreign were the homeless to the students that they were dehumanized. Dehumanizing a group of people allows us to ignore them without guilt of conscience; they have been reduced to mindless animals or objects.

As George Bernard Shaw once said, “The worst sin toward our fellow creatures is not to hate them, but to be indifferent to them: That's the essence of inhumanity.”