Why Good Nonprofit Fundraisers Are Hard to Keep: Part 2 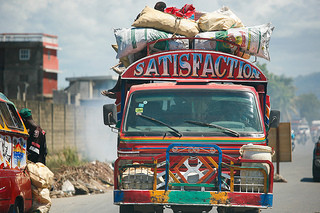 Fundraisers report that money is the number one reason they leave their jobs. (See part one of this two-part series.) While I do believe too many fundraisers are underpaid relative to their skill sets and performance, I have a hunch it’s not the real chief culprit for fundraiser dissatisfaction. What is?

Guess what? The reason is very similar to why donors leave you. If you read through this article, you’ll learn both (1) how to keep more fundraisers and (2) how to satisfy, inspire and retain more donors.
Ready?

I’ll give you a hint: It’s what Aretha Franklin famously sang about.

It’s not just respect for fundraisers as individuals that’s lacking. It’s respect for their profession. For what it takes to succeed with development in a nonprofit organization and for what it means to be a part of a team—all working together towards the same goal—and why it’s impossible to succeed without a supportive infrastructure and culture.

And by the way, donors won’t thrive absent a supportive culture and infrastructure either. They’re looking to be a part of your community, your family, your way of life. If you won’t give them this warm, fuzzy, connected feeling, they’ll find someone else who will.

So what preconditions must be in place for fundraising staff and donors to want to stay?

You Must Want to Move From Good to Great

The first rule of social psychology is that in order for change to occur, the parties involved must want to change.

I find development staff are often stymied by working in organizations stuck in the status quo. These organizations may pay lip service to the need to raise more funds, but they’re really just too comfortable with what they’ve always done.

So they hire a development officer, they are unclear with them about their role and they direct them to go make change “around the perimeter.” They don’t invite them to board meetings, they don’t give them support staff and they don’t welcome them into the bosom of the organization.

Too often, there’s no one else in the organization who has a clue what development has to offer. The development officer, if they’re any good at all, soon begins to discover that certain preconditions for fundraising are not in place. Maybe the ED hates fundraising. Maybe the board was recruited with the proviso they would do “anything but fundraising.” Maybe the marketing team thinks the constituencies they promote to are much more important target audiences than would-be donors.

So these poor development staffers are forced into the role of trying to be the change agent that moves the organization to the next level. But trying to change the culture of an organization that doesn’t want to change is a recipe for failure—plus it’s just dang frustrating.

Before you blame your fundraiser for leaving, ask yourself whether you really want to get better. If you’re content with the status quo, admit it. Stop making your fundraiser take on a Sisyphean task. There’s nothing satisfying about trying to push a heavy boulder uphill all by yourself. And that’s what fundraisers are often telling me.

Because the other song I hear fundraisers singing all the time comes from the Rolling Stones. Can you guess which one?

(I Can’t Get No) SATISFACTION

The biggest reason for fundraiser dissatisfaction?

Fundraisers report that lack of help from chief executives, boards and other staff members is a big reason for their discontent. Likewise, the fact that many nonprofit leaders don’t understand what it takes to be an effective development leader creates significant frustration.

Too often development directors are shoved in a corner and told: “Go raise money.” Sorry, this doesn’t work.

If you want to keep your fundraisers (and your donors, for that matter), it’s essential to commit to offering (1) leadership support, (2) a culture of philanthropy and (3) an infrastructure that supports development.

1. Development is a team sport. Without real access to other team members—staff and leaders who are setting strategic direction for the organization—fundraisers are crippled in their ability to communicate effectively with prospective donors. This makes them feel marginalized at best, stupid at worst. Trust me, I’ve been there. I’ve had board members ask me about issues of which they assumed I was aware. (Of course they assumed; I worked full time at a senior level for the organization whereas they attended a monthly meeting). I just had to nod and pretend to understand. I don’t enjoy pretending.

2. Development requires a supportive infrastructure. Too often organizations create a single position without investing in support staff, systems and a culture of philanthropy required to sustain fundraising success. Without these preconditions, no one individual can be effective. It’s a waste of resources and becomes a vicious cycle.

3. Effective development requires relegating the one-person development shop to the dust bin. Unless everyone participates in resource development, it won’t happen, at least not to the extent that you need it to. The more folks involved, the more friends you’ll have. Your donor doesn’t care which department the person they’re talking to is in. They have one experience of your organization. And the best development director in the land cannot overcome shoddy customer service or lack of understanding that we’re all in this together.

4. Development requires a culture of philanthropy. A customer-service and donor-centered approach that must be embraced by the entire organization. Otherwise, short-term transactional fundraising is conducted. Long-term transformational relationship building does not happen. People give to people. People who are there.

5. Development requires a relationship-focused approach that puts friendraising before fundraising. What happens when you get too busy, overwhelmed and stressed? I’ll bet you have little time for your friends. A development professional who has no time to make friends will do your organization little good. Most donors, especially those with a likelihood to make major or planned gifts, are looking for a relationship with you. One that brings important meaning to their lives.

6. Development requires an investment in people. Investing will increase your capacity to produce. Penny-pinching will not. Nonprofits tend to be pennywise and pound-foolish when it comes to spending money to make money. Plus, they too often have dysfunctional work environments that turn their employees into slaves.

7. Development requires operating more effectively, so as not to leave money on the table. It’s not about giving fundraisers the cushy life. It’s about giving them the support, respect and satisfaction that will motivate them to work optimally.

8. Development requires letting staff play to their strengths. No one is good at everything. If you ask folks to multitask ad nauseum (talk to donors, submit grant proposals, write press releases, run events, build your website, run mail merges, order supplies and take on “other tasks as assigned”), you’ll get a diluted mess. It’s not practical, and years of strength-based leadership research show that it simply doesn’t work over the long term. If you want enhanced productivity and happier campers, relieve staff of tasks they hate. This is a similar approach to the one taken by Gallup Strengths Finder, which has been used in businesses worldwide for some time. The premise is that playing to people’s strengths is infinitely more productive than playing to their weaknesses. It’s too common for organizations to have annual evaluations that pick out the one thing someone does not do well then spend the majority of the conversation developing a plan to help them improve. The reverse makes much more sense. Have folks do more of what they’re naturally good at and less of what they’re not good at.

Folks who don’t work in nonprofits think nonprofit work is easy. It’s not. Nonprofit employees work hard. The good ones have strong business skills, which they could easily apply to the for-profit sector should they choose to do so. They also have families and expenses and deserve some time to enjoy the fruits of their labors.

I love Penelope Burk’s suggestion that having a more balanced life makes fundraisers better conversationalists and more interesting to donors. What an excellent point! All work and no play makes directors of development and major-gift officers dull girls and boys.

Philanthropy is a passionate business. By beating down our fundraisers until they are too tired and frustrated to see clearly, we knock all the heart and soul out of them. This is not good for people or business.

How to Make Nonprofit Leadership Work for You