Why Good Nonprofit Fundraisers Are Hard to Keep: Part 1

If you’re a fundraiser, does this sound like you? 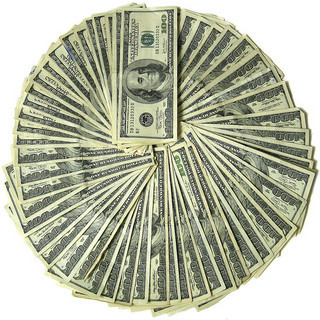 According to 5 years of research by Penelope Burk (culminating in her book, “Donor-Centered Leadership”), as well as a much-talked-about study by CompassPoint and the Evelyn & Walter Haas Jr. Fund, half of chief development officers plan to leave their jobs in 2 years or less and 40 percent plan to leave fundraising entirely.

The No. 1 reason fundraisers give for leaving is to earn more money. What’s going on, and how can you fix it? Is it about money or something else?

Money Does Play a Role

According to Burk’s research, many charities are penny-wise and pound-foolish when it comes to compensation for their development staff. In her book she offers an example:

“A high-performing fundraiser making $90,000 at a national health charity is offered another job paying 40 percent more, and his organization decided it could not afford to match the offer.”

Burk says the health charity should have done so because the fundraiser, who supervised 18 colleagues working on direct-marketing appeals, might have stayed if he had gotten the $36,000 increase. And, Burk notes, that would be far cheaper than the estimated $952,000 the charity would lose in donations and other aspects of lost productivity over 3 years if the fundraiser leaves.

Part of the reason fundraisers aren’t paid enough, of course, is a consumer perspective that looks for the lowest overhead and cost of fundraising. This "overhead myth" must be retired.

Everyone would come out ahead by spending a bit more. Sure, you can spend just 5 percent and have 95 percent go to direct service. But that might mean you’ll raise only $100,000 for your mission when, if you spent a little more to gain $500,000 or even $1 million, you could achieve a greater impact.

As a society we’d be well served to get over the nonsensical hair shirt mentality that fundraisers—and all nonprofit staff—should toil for love and not for money or benefits. Where is it written that nonprofit workers should be monks? Yes, fundraising is servant to philanthropy. No, that does not mean that fundraisers—or any nonprofit employee—should be servants.

And to care for others requires first caring for oneself. To serve the community well, fundraisers must also serve themselves well.

8 Ways to Satisfy Fundraisers With Love and Money

Stay tuned for Part 2—brought to you by Aretha Franklin and The Rolling Stones where I’ll discuss: R.E.S.P.E.C.T and SATISFACTION (I can’t get no)—how the lack thereof may be the true number one reason fundraisers leave.

For today, tell me what you think in the comments below. How is fundraiser turnover about/not about money? What’s been your experience?

How to Make Nonprofit Leadership Work for You