Why I Give Away Cash Out of My Car Window

Around the first of each month, I go through my bank’s drive-through and get some cash in $5 and $10 bills. I keep the money in the console of my car to give away to people on street corners asking for assistance when I’m driving around. I’m sure you’ve seen these folks on medians or on the side of the road at stoplights. Usually, they have signs saying they are homeless, unemployed, veterans, etc.—and are asking for help.

In addition to the people I happen to stumble upon, there are a few “regulars” to whom I give money. I have gotten to know most of them, at least well enough to call them by name. One is a middle-aged guy named John, who always has his shaggy dog with him. The dog’s name is Amanda. Like many of the people I have befriended this way, John has some kind of psychological handicap that makes it impossible for him to hold a job, but is not so severe that he qualifies for government disability services. You find this often to be the case with people who are experiencing homelessness. 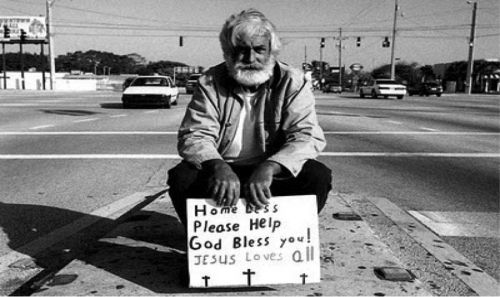 A lot of people, including some of my own family members, frown upon my practice. They say things like, “You don’t know that they will spend your money on food or shelter.” Their implication is that I am enabling some negative behavior, like alcoholism or drug use. The broader argument is that giving money directly to people in need doesn’t do anything to change their situation. That giving money to them doesn’t make a difference in the long run. But, there is research to refute that (thank heavens).

Giving Cash to the Poor

An article in The Atlantic titled, “Give Poor People Cash,” argues that the best way to reform welfare-type programs is to institutionalize my kind of person-to-person charitable giving on a large scale. That is, to send money to those who need it, without conditions. What happens when you do this—at least in some parts of the world—is that people use the cash to buy goods and services that both improves their lives and increases their potential to earn money in the future.

Giving cash to the poor is politically controversial. Like my family members, politicians worry that the money will be wasted, say on flat-screen televisions, alcohol, tattoos and the like, rather than on food and school books. In lieu of directly providing funds, complex systems of in-kind welfare support systems develop. In the U.S., these programs include SNAP, (electronic food stamps) free meals at school, Medicaid and rental assistance. Similarly in India, poor people can purchase subsidized kerosene or grain.

Especially in third-world countries, these subsidy programs can be expensive and inefficient. India estimates that only half of the kerosene involved in their subsidy program is actually distributed to the poor. Many times, when governments set up these welfare systems, it is less effective in reducing poverty than is simply giving out cash. In-kind support often costs more to deliver than to distribute money.

For example, in a study of the effect of cash versus in-kind transfers in rural Mexico, researchers found that people who were given cash experienced the same improvements in nutrition and child health as those who received food. Those receiving cash didn’t spend the money on tobacco or alcohol, and the food program cost significantly more to administer. The cash program also provided resources that the recipients spent on schooling, medicine and transportation.

Cash often has a “multiplier effect.” For example, when you provide food from elsewhere to an area, the impact of that food ends with those who eat it. But when you give people cash, they spend it on products provided by local farmers and traders, who are often poor themselves.

The benefit is spread to the provider as well. How large is the multiplier effect? A 2010 study in Zimbabwe compared food transfers with cash transfers. It was found that each dollar provided by cash transfers circulated 2.59 times around the local economy before being spent on goods and services from elsewhere. That a 2.59 multiplier compared to the 1.00 multiplier of food that was simply consumed.

It turns out that this isn’t a unique situation. There is other evidence that in many cases, cash programs are more effective than in-kind transfers at achieving positive outcomes. Cash transfers aren’t just a safety net, they result in higher future earnings by the individuals receiving the funds.

What Nonprofits Can Do

Not surprisingly, a handful of nonprofit organizations who serve the impoverished are implementing this model. Their research shows that cash transfers often lead to positive investments, with low overhead. GiveDirectly transfers cash from people in the West directly to poor people in Africa via mobile phone payments. They claim that, “$0.91 of your dollar ends up in the hands of the poor.” This claim has an appeal. Since launching in 2012, they have received more than $140 million in total donations. 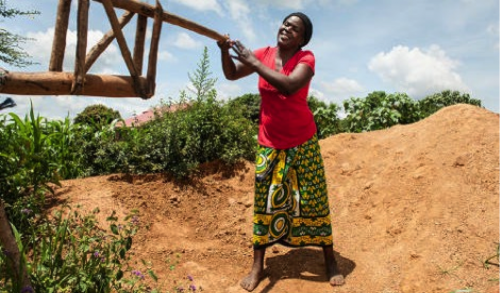 So, is that the answer? Giving cash directly to those needing it? No, unfortunately, it’s not that simple. There is no one answer, rather there are appropriate answers for particular situations.

One crucial benefit that traditional nonprofits bring to the table is the ability of their staff to identify populations in need and connect with these individuals. People experiencing homelessness are an example, as are drug users or other stigmatized groups. For helping many types of people in need, boots on the ground make a big difference. Running into someone on the street who needs money is not the same as having the infrastructure to seeking them systematically, methodically, under every bridge in the city when the weather turns deadly.

Nonprofits can also take advantage of economies of scale by providing services beyond what an individual receiving cash could access alone. By purchasing goods and services in volume, nonprofits can obtain favorable pricing which results in major savings. A University of Pennsylvania study found that food banks usually wind up paying the equivalent of just 5 percent of food’s retail cost. (Note about food drives: They are insane, economically speaking.)

Finally, the lack of cash is often not why some people are impoverished. Sometimes it’s a lack of education, a problem that money alone will not solve. 60% of NBA players file for bankruptcy within five years of retirement. Cash they have, financial literacy they do not. And the same will apply for many individuals who are impoverished. They need more of a support system – more knowledge – than they can obtain with an infusion of cash.

So, giving cash directly to needy individuals is appealing and in some circumstances, can result in great outcomes. But in other cases, it can’t compete with the services that can be delivered by a well-run nonprofit agency.

That knowledge won’t deter me from handing money from my car. And that may be a lesson for nonprofits. Constituents need contact with the mission. When I hand cash out of my car window, I increase the likelihood that I will give when I get an outreach from organizations serving the homeless. If my local nonprofit would give me that experience, I would hand more cash to the organization.