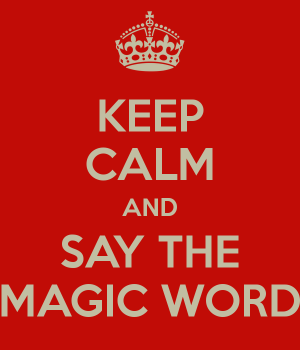 Turnkey deploys hundreds of thousands of emails each month on behalf of dozens of nonprofits. Email communication is cheap, and its effects are measureable. It is a great channel to nurture and deepen relationships with constituents on which nonprofits depend.

Crafting messaging involves selecting language that impacts people at an unconscious level beyond “just the facts.” Imagine if the selection of certain words could impact a person’s attention to your messages without them being aware of it. Imagine if you could use these words to increase the likelihood that they would convert—do what you ask of them in the email. Unless you have made a study of neurolinguistics, this is probably a new idea. You would probably be surprised how certain words can have this effect because these words are quite common.

I’ve used three of these words six times in the two paragraphs above: Imagine, you and because.

“Imagine” is a major power word. Look at popular advertising, and you will notice how often it is used. When you ask someone to perform an action, there is a natural tendency to push back on the request. Research has shown that the mere introduction of the word “should” in a conversation can have negative impact. Interestingly, this doesn’t happen when you ask someone to imagine something. “Imagine how great you’ll feel knowing that you helped find the cure for childhood cancer.” And as strange as it sounds, your brain can’t tell the difference between imagining something and actually experiencing something.

“You” is a placeholder for your name. Your name is important to you to a shocking extent. Research on sales demonstrates that people are much more likely to buy from someone who has a name that sounds like their own. Email marketers have tried to take advantage of the power of one’s name, starting emails with your name and repeating it several times in the copy. The problem is that repetition sounds artificial, forced. That’s because one’s name must be used very carefully; its overuse can make one feel like it is inappropriate, too personal.

“You” is different. It is easy to use in copy and avoids the heavy-handed feel that the use of one’s actual name produces. But it results in the same attention that happens when we hear our own name. As Bette Midler’s character said in the movie “Beaches,” “… but enough about me. Let’s talk about you. What do you think of me?”

Finally, “because” tells us why things happen. It satisfies our need to hear narratives that put the world in order. In his book, “Start With Why,” Simon Sinek famously said, “People don’t buy what you do. They buy why you do it.”

Classic Xerox copier research conducted at Harvard University showed what happens when you mention the word “because.” In the experiment, an worker cut in line at their office’s copy machine and said one of two things:

The result? Virtually no difference; ninety-three percent of people let people offering either explanation go ahead of them and make copies. Even though the second explanation is nonsensical—after all, everybody was at the Xerox machine to make copies.

Our brains are great shortcut takers. What happens when we hear “because”? The presence of the word satisfies our need for a reason, and we rarely follow up and devote the time and attention that would be required to think things through.

Creating and deploying effective email campaigns is an example of that old quote, “It takes hard work to make things look easy.” There is a lot of strategy and thought that results in maximizing opens and conversions.

But, imagine how improving your supporter’s response just 15 percent to 20 percent would mean. How would you use that extra money? Because, after all, it’s all about helping the people your mission supports.

How a Planned Giving Program Can Increase Fundraising Now

Focus on Millennial Donors at Your Peril

A Donor Resolution for 2022 You Will Want to Keep