Are You Forgetting the Most Important Part of Your Year-End Fundraising Appeal? 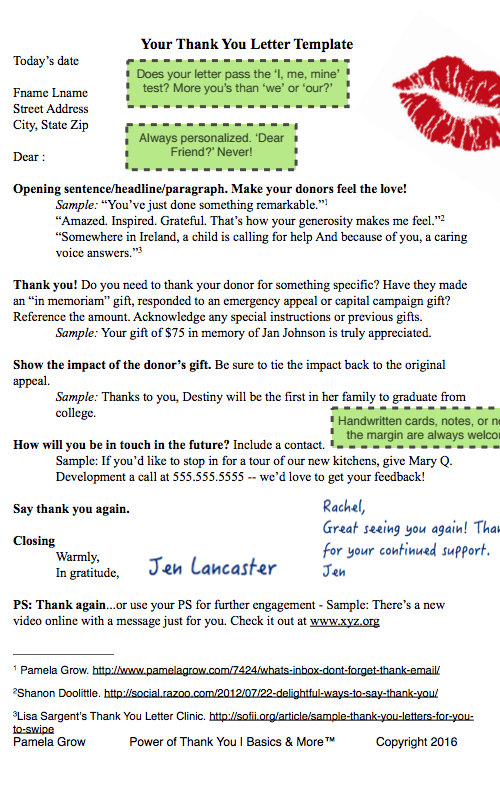 You’re in the midst of year-end appeal season, and you’re feeling overwhelmed. Have you forgotten a critical component of your campaign?

I’ve encountered the forgotten, and it’s not pretty. I’ll explain it to you like this:

Recently, I made an online donation to a local arts organization. Fortunately, yes, contrary to many instances, I did receive a thank-you letter, even if it wasn’t the most prompt delivery. The letter arrived approximately four weeks after I made my gift.

Alas, the letter itself left something to be desired. It was the standard thank-you letter.

Any letter that begins: "Dear Ms. Grow" is bound to make me feel old from the get-go, even though that’s obviously not the intent.

I read on: "Thank you for supporting XYZ with your gift of $XX. We are delighted to welcome you to our esteemed group of friends and supporters. We look forward … We greatly appreciate your support of our mission to …"

The kind of letter where "Oh, I guess they got my check" clicks midway into the second paragraph, prompting you to toss it in with your tax papers until next January.

Was I left feeling in any way inspired about the gift I’d made? You tell me.

Stephen Covey’s mantra is a wise one:

"Begin with the end in mind."

You want to inspire a deep, long-term relationship with your donor, don’t you? Don’t all fundraisers? Yet when I make a donation, the aftermath frequently leaves me feeling more castaway than Chuck Nolan. A letter thanking a donor for his or her first gift is the first step in laying the bricks for something sustainable, unless you decide to call them first (and I highly recommend that you do). Donor relationships that are built to last. There’s your "end in mind."

Think about it. Take a look at the numbers, because they shed some serious light:

I would venture to say that donor-centered fundraising is the only legitimate—I would go so far as to say honest—method to long-term, sustainable funding.

And when it comes to your donor-retention processes, there’s no better place to start than the simple act of rewriting your thank-you letters. I cannot stress this enough: Your organization’s thank you after your donor’s first gift sets the stage for a future relationship and future gifts.

Do your organization’s thank you letters ooze "donor love"? Or are your letters more reflective of a business transaction that happened?

Unsure where to start? Double up on the gratitude with this handy thank-you letter template. It will help get you there, because you’ve got it in you. I know you do.

Donations for Ukraine Have Not Damaged End of Year Giving, New Study Finds

Who Wins and Who Loses on Giving Tuesday