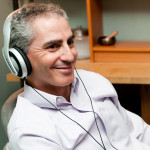 The Biden administration has been pitching the President’s new tax plan as a boon for nonprofits.

When a nonprofit launches a planned giving program, it’s wise to start simple.

April 23, 2020 It’s Not the Time to Ignore Planned Giving Donors

Smart fundraisers understand the importance of timing. They know there are times when it’s appropriate to ask for support.

Planned giving should be a critical piece of every nonprofit’s fundraising strategy. Yet, many organizations are leery.

July 31, 2009, OnPhilanthropy — State charity registration laws have been ignored for decades. Until earlier this year, I wouldn't have been given space to write about them. There is no penalty for breaking most of them and the few states that have penalties rarely enforce them, so there's been no incentive to comply. Until the IRS stepped in.