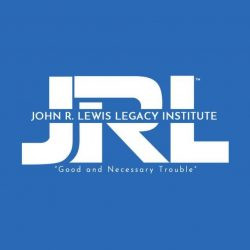 To keep his legacy alive, and celebrate his lifelong commitment to service, the family of US Congressman John Lewis has announced the founding of the John Robert Lewis Legacy Institute (JRLLI). A longtime champion of voting rights, the late Congressman would have turned 82 years old on Feb. 21, 2022.

The JRLLI is a 501(c)3 nonprofit organization with the mission to promote diversity, support civil rights education, and engage in community service projects that uplift Americans from diverse backgrounds. Congressman John Lewis' commitment to nonviolent change, equality, and voting rights will remain at the forefront of the institute's endeavors. The institute also seeks to strengthen communities through initiatives centered around social justice, education equity, and health awareness.

"My brother's work in human rights alongside leaders such as Dr. Martin Luther King Jr. left an indelible mark on the world. His life embodied civility and servant leadership— attributes we all seek to emulate," said Grant Lewis, Congressman Lewis' youngest sibling. "The JRLLI will keep his legacy alive, particularly on voting rights, because that's what he would want."

In honor of Congressman Lewis' birthday, the family encourages citizens to support the Voting Rights Act (VRA) of 1965, which ensures that every American citizen, regardless of race, has an equal right to vote.

The preceding press release was provided by a company unaffiliated with Nonprofit PRO. The views expressed within do not directly reflect the thoughts or opinions of NonProfiit PRO.