Taking a Bold Step and Truly Embracing ‘The BAYADA Way’

Why becoming a nonprofit organization was the best decision for this previous for-profit company.

At 27 years of age, many of us are still figuring out what we want to do with our lives. That wasn’t the case for Mark Baiada. In 1975, Mark decided to invest his life-savings — $16,000 at the time — into the idea that people deserved “a safe home life with comfort, independence and dignity.” Thus, BAYADA Home Health Care was born. Its first office was in downtown Philadelphia.

Fast forward 45 years later, BAYADA now has over 28,000 employees who share the same vision as Mark across 360 offices, 23 states and six countries. Oh, did we mention? As of January of 2019, the for-profit company — with a reported $1.4 billion in revenue — had made the decision to transition to a nonprofit organization.

As BAYADA continued to show tremendous growth over the years, Mark wanted to make sure to set a philosophy in place that reflected the company’s mission, vision, beliefs and values: help people have a safe home life with comfort, independence and dignity. In 2002, he invited thousands of people — including employees, clients and family members — to weigh in on what was important to them. The end result? The BAYADA Way. The BAYADA Way is comprised of three main values: compassion, excellence and reliability. 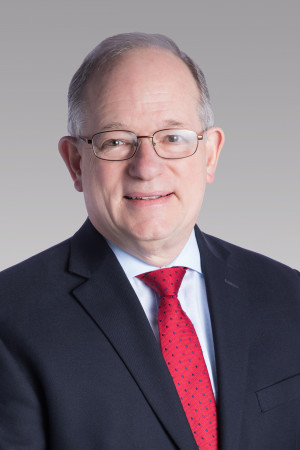 “[The BAYADA Way] means we have big hearts, and we care about people. We’re going to do excellent work, and we’re going to be reliable. We’re going to show up everyday. The vision says we want to help millions of people worldwide,” Mark told NonProfit PRO in an exclusive interview. “We want to leave a lasting legacy, which, to me, means we’ll be here in 100 years. We want to be the world’s most trusted and compassionate team of home health care professionals. So this isn’t the company; this is the people.”

To truly embrace and embody the philosophy that he has instilled in his organization for nearly 20 years, he wanted to leave a lasting legacy that would live on forever. And although he could have passed the business down to his children — David, who is now the president, and Kelly and Janice who also work at BAYADA — or sold his $1 billion dollar company, he decided to go down another path: convert BAYADA into a nonprofit organization.

Because businesses throughout the country are bought and sold left and right, Mark decided going down the nonprofit path would bring his company more longevity. While converting to a nonprofit was no guarantee that BAYADA would last for hundreds of years, Mark and his family decided that this was the right decision for the company.

“In some way, [becoming a nonprofit has] doubled down on my vision: my personal one of being of service. It’s not about money — it’s about mission and values, about helping people. Making sure that will continue for at least 100 years, hopefully longer. We want to build in all the communities we serve. We [want to make sure that if anyone] ever needs our care, [they can] pick up the phone and, with trust and confidence, get a compassionate, excellent, reliable service in their home. So far so good. Employees embraced it,” Mark explained.

Now Mark serves as chairman of the board at BAYADA, and he makes sure that at every board meeting, the meeting starts with the BAYADA Way exercise — reviewing a portion of the BAYADA Way to see how it applies to the work they’re doing so that they can continue to be true and serve the community.

BAYADA was started as a mission-focused company, which is why converting to a nonprofit seemed like the right fit. And now that the organization is nonprofit, BAYADA’s employees (and the world) know that it is putting mission and values first. And while being mission-
driven and focused aligns with BAYADA’s long-term plan, it doesn’t come without its challenges.

“Sometimes people think when you’re in not-for-profit, you’re not as careful with money, you don’t answer the phone or you’re not working as fast. You’re not as energetic. We try to be the best of a normal business, but the best of a mission-driven company, so it’s kind of a dual thing,” Mark said.

He continued, “Some people think if you want to have a good business, you have to work on Wall Street; others think if you want to be really mission-driven, you have to work for a struggling not-for-profit. We think we can put it together. Because the need is there, we’re just going to work hard. So you can have a career at BAYADA, but you’re also going to have a career that’s making the world a better place.”

A Trend for For-Profit Companies?

It’s not common practice for for-profit companies to transition into a nonprofit, but as BAYADA shows, it’s certainly possible. We explored the idea of more for-profit companies thinking about a nonprofit future. BAYADA has always been a mission-driven company, and taking on the nonprofit status further reinstates that. But there are other opportunities for nonprofits to be more mission-focused, without the full nonprofit overhaul.

Corporate social responsibility (CSR) should be something that is on every company’s mind. It’s been shown that socially responsible businesses have more engaged employees and attract more consumers as well. Shown in the “2016 Cone Communications Millennial Employee Engagement Study,” 76% of Millennials consider a company’s environmental commitments when deciding where to work and 64% won’t take a job if a potential employee doesn’t have strong CSR practices.

Additionally, a survey from Clutch found that 75% of people are likely to start shopping with a company that supports an issue they agree with, 71% of people believe that CSR is among the most important attributes of a company and 71% believe that it’s important for businesses to take a stance on social movements.

A way for businesses to adopt a socially responsible mindset is to offer matching-gift opportunities for their employees. In the “Challenges, Opportunities and Insurance Buying Trends in the Nonprofit Industry,” the report found that only 27% of nonprofits are actively exploring for-profit opportunities, while 13% are planning to explore and 60% have no plans to explore for-profit opportunities. This presents an enormous opportunity for nonprofits. According to Double the Donation, there’s an estimated $2 billion to $3 billion that is donated each year through matching-gift programs. Additionally, there’s an estimated $4 billion to $7 billion in matching gifts that go unclaimed each year.

Mark explained that for-profit companies can be more socially responsible by becoming a certified B Corporation or just making charitable contributions in their community. By doing so, “They can become more socially minded and not just think that we’re just here to make as much money as possible in a dog-eat-dog world.”

Editor's Note: This cover story was originally published in the March/April 2020 print issue of NonProfit PRO. Click here to read the full story.

Ways Fundraisers Can Beat the Effects of Inflation