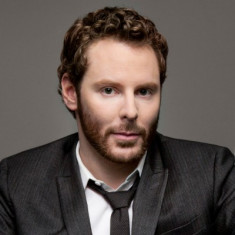 These days, it doesn’t seem like people can agree on much. But one thing we can all come together on? The need to find a cure for cancer.

In an effort to find and fund that cure, billionaire Sean Parker—founder of Napster, founding president of Facebook and real-life version of Justin Timberlake in "The Social Network"—announced a $250 million initiative called the Parker Institute for Cancer Immunotherapy, The Washington Post reported.

The institute, based in San Francisco, will bring together more than 300 leading scientists, who often are working in competition with one another, to share their research and collaborate on ideas. It will include more than 40 research labs and six major cancer centers—the Memorial Sloan Kettering Cancer Center, MD Anderson Cancer Center, Stanford University, the University of Pennsylvania, and the University of California campuses in Los Angeles and San Francisco.

The researchers will remain at their institutions, but receive additional funding and access to other resources, including specialized data scientists and genetic engineering equipment. A centralized committee—with one member from each university—will set the research agenda and coordinate data collection and clinical trials.

Jeff Bluestone, immunologist and provost of University of California, San Francisco, will lead the institute. According to USA Today, Bluestone said the institute will fund “high-risk best ideas that may not get funded by the government.”

The institute’s focus will be on immunotherapy, which is a type of cancer treatment that aims to increase the body’s natural defenses to kill cancer cells. It is a treatment that lately has received increased attention.

This announcement comes just three months after President Barack Obama announced the establishment of the National Cancer Moonshot Initiative, a $1 billion effort to accelerate cancer research, prevention and detection to be led by Vice President Joe Biden. Immunotherapy is one of the research areas of this initiative as well.