Our Thriving Generation of Generosity—#GivingTuesday Tops $380M in 2018

The most anticipated day of the year for those of us in the nonprofit world is, perhaps, #GivingTuesday. Created six years ago by the Belfer Center for Innovation and Social Impact at the 92nd Street Y, #GivingTuesday puts an emphasis on the gift of charitable giving and acts as the kick-starter for the holiday giving season.

In 2016, #GivingTuesday donations hit $168 million—awesome, right? And we were blown away by the mind-blowing increase in 2017—$274 million. But then in December 2017, a new tax law dropped that many thought would challenge the way and frequency that people donated. 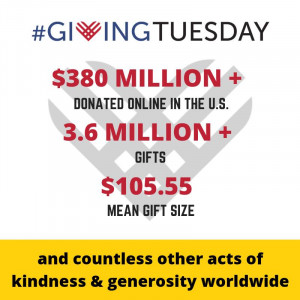 Giving is at an all-time high, and it’s not backing down. People are becoming more immersed in the act of charitable giving and being advocates for social good. People want to be part of the social good movement, and they continue to show their support to their favorite charities through their giving. Earlier this week, we reported that PayPal and Facebook teamed up to match $7 million in donations, and PayPal would take that a step further to match an additional $500,000 through its holiday giving campaign.

AdWeek reported that Facebook users raised over $125 million, over $45 million more than the year prior. Nonprofit tech giant, Blackbaud, reported that its systems processed over $62.6 million, making it the strongest year for them yet. 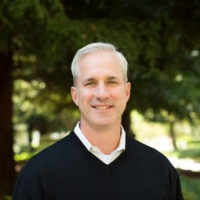 In an exclusive interview with NonProfit PRO, PayPal reported that over 1 million PayPal customers from 180 markets donated an estimated $98 million—a 51 percent increase year over year.

“A big part of [the success] is the tremendous work that 92nd Street Y has done to really not make this about the organization, but about a movement that embraces everyone—individuals, families, organizations, businesses, communities, countries around the world—to get involved and to remind people that it’s not only a season to shop, but it’s a season to give to others.” — Sean Miliken, Global Head of Social Innovation, PayPal

He continued, “… combined with the advancements we’ve made in connecting with people with their favorite causes in a safe and easy way, such that they can give, is really taking hold and helping us realize our vision for democratizing philanthropic behavior and, ultimately, introducing a whole new wave for giving.”