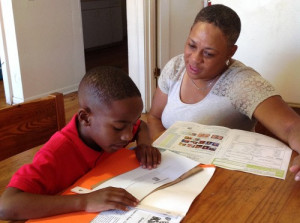 States have faced record-breaking budget impasses this year. Tensions increasingly are occurring in these states with political battles between governors and opposite party-controlled general assemblies, resulting in reduced or withheld funding that limits social service agencies’ abilities and could have dire effects on the communities they serve.

Massachusetts, Oregon, South Carolina, Washington and Wisconsin passed their budgets within a month of the start of the 2016 fiscal year, which is July 1 for all states except Alabama, Michigan, New York and Texas. New Hampshire and North Carolina pushed their impasses into September.

Pennsylvania and Illinois suffered the most pain, with the former passing its budget just days before it hit the nine-month mark and the latter still trying to approve a budget. On May 1, it’ll enter month No. 10 without a budget.

But even those located in a state able to pass its budget on time aren’t unaffected. Deficits could appear midyear (or about eight months in, as it did in Connecticut this year). State (and even federal) budget processes have been unpredictable recently, so here’s a look at how nonprofits are coping in some of the hardest hit states.

Pennsylvanians didn’t see an end in sight to the budget impasse until Gov. Tom Wolf, a Democrat who had butted heads with the Republican-controlled General Assembly, announced he would not sign the budget bill—but would allow it to go into effect without his signature in order to end the stalemate. That happened March 28. Since then, most nonprofits have received their overdue funds.

“The majority of nonprofits have been receiving their payments for the last several weeks,” Samantha Balbier, executive director of the Greater Pittsburgh Nonprofit Partnership (GPNP), said. "And there are a couple of line items where nonprofits, especially on workforce development, haven’t received payments yet, so I know of at least two that are waiting for those payments to be made."

The affected nonprofits are recouping slowly, but they have added debt during the close-to-nine-month standoff that the state will not reimburse.

“They’re not recovering completely,” Balbier said. “So they’re able to replenish some of their reserves and pay down some of their debt, but there’s debt service that they will have to pay—the interest that they’ll have to pay on the money they borrowed.”

GPNP surveyed nonprofits within its 12-county coverage area throughout the budget impasse, Balbier said. The group learned of their struggles as they used cash reserves, extended their lines of credit, worked with vendors to establish payment plans, froze hiring and pay raises, and used credit cards in order to maintain operations. They also discovered a group of 131 organizations borrowed a total of $160 million from their cash reserves, lines of credit or both.

“Nonprofits who primarily provide services that are not Medicaid reimbursable—because Medicaid dollars continued to flow in Pennsylvania—were the nonprofits that were the hardest hit,” she said. “Ninety percent of nonprofits were experiencing severe cash-flow problems by December of 2015. A few nonprofits had to close and/or cut back services, but the vast majority of nonprofits prepared themselves for what they knew was going to be a budget impasse last year. They just didn’t expect it to be as long.”

After a rough fiscal year 2016, Balbier is concerned about whether Pennsylvania nonprofits can handle a repeat of this next year, especially since their cash reserves are depleted and banks are hesitant to lend as much based on the lengthy impasse this year. And even if they did, she noted bond ratings have increased as a result of the impasse, so interest rates likely will too.

“We’re very proud of the nonprofits in Pennsylvania for being as well-equipped as they were to get through the last budget impasse, so that the community was not as negatively impacted as could have been,” she said. “But I think going into this next budget year, the nonprofit organizations are much more compromised than they were last year, and so our guess is that we will start to see services actually not being provided at the community level. And so it’s the constituents and people of Pennsylvania that will suffer the most.”

But passing the budget on time isn’t the only challenge. Connecticut passed its budget a day before its July 1 start. However, in March, Gov. Dannel P. Malloy announced a shortfall of more than $220 million. He proposed $65 million in cuts, with steep slashes to social services, but the General Assembly approved a different plan that spread the reductions out, lessening the damage to social services. Those cuts went into effect April 1, but the governor predicted a $900 million deficit for upcoming fiscal year.

While Connecticut human services nonprofits haven’t seen any dips in funding yet—the state’s Department of Mental Health and Addiction Services (DMHAS) absorbed the cuts for fiscal year 2016— their funding has been stagnant for the past 15 to 20 years, Luis B. Perez, president and CEO of Mental Health Connecticut, which advocates and provides in-home services for those with mental disabilities in western Connecticut, said.

Originally, the governor called to cut $7.2 million from DMHAS in March, but the General Assembly curtailed the cuts to $2.2 million in an effort to spread the pain across all departments. The reductions may have seemed out of the blue to some, but not to Perez and his organization.

“The anticipated budget cuts—they were really not unanticipated,” he said. “We knew that the predictions in terms of revenue coming into the state and the ability for the state to continue to upkeep with its budget and financial responsibilities were not going to match up. It’s sort of like, 'The British are coming. The British are coming.' Well, guess what? The British are here and they didn’t just come by sea. They came by land as well because it has been quite devastating.”

Mental Health Connecticut has increased its budget from $10.8 million in 2013 to $12.8 million in fiscal year 2015. Its reliance on the state dropped from 90 to 80 percent in that same time frame by seeking federal and foundation funds, as well as increasing its donor base.

“Knowing that we have been very overly reliant on state funding, we have been working on diversifying our reliance on that,” Perez said.