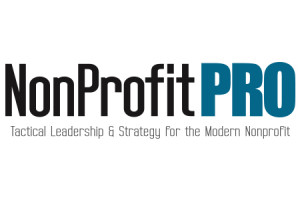 Just one year after a complete brand overhaul, NonProfit PRO is proud to announce its rebrand efforts have been recognized at the 28th annual APEX Awards.

NonProfit PRO won two Awards of Excellence, one in the Design and Illustration category for Best Redesign, and one in the News Writing category for “Wounded Warrior Project Investigation: What CBS News Got Wrong.” The awards acknowledge publication excellence in the categories of graphic design, editorial content and overall communications effectiveness. This year, a prominent panel of publishing and marketing executives evaluated more than 1,600 entries.

In February 2015, FundRaising Success officially rebranded as NonProfit PRO, part of parent company NAPCO Media. The revamp focused on a new direction of tactical content and an overall fresh look to the brand. The award for redesign affirms the continuing success of the rebrand.

“We are so thrilled to have been recognized for our efforts in the redesign of NonProfit PRO," Stella said. "Our readers responded with great enthusiasm and, subsequently, we have seen great audience growth as a result. Now, we have been recognized by our peers in the media world as well.”

Pia Payne, associate publisher and brand manager for NonProfit PRO, also was instrumental in the rebrand.

“It’s really exciting to see the new brand take off," Payne commented. "Everywhere I go, people stop to tell me how much they’re enjoying the changes to the publication, that it’s a resource they’ve come to depend on more and more, and that they save every issue.”

"The Wounded Warrior Project investigation was a huge story that brought a ton of negative attention to the nonprofit sector at large," Norris said. "But it wasn't as black and white as the major media outlets made it out to be, and that's something we hoped to show. Our reporting broke all kinds of NonProfit PRO traffic records, so I think we were successful in that. It's an honor to see our efforts recognized with an APEX Award."

“As we go forward, our goal remains to provide the best nonprofit leadership strategy and news packaged in a way that inspires, enlightens and delights our audience,” she said.