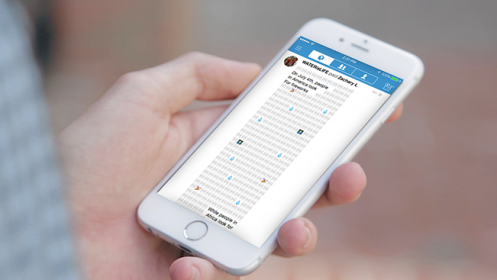 A penny earned is a lot more than a penny spent.

At least for WaterIsLife, a charity dedicated to providing clean water, sanitation and hygiene programs to schools and villages in need.

The organization teamed up with Deutsch New York, an advertising, design and digital agency, for a particularly creative attempt to reach out to Millennials via Venmo, a mobile payment app, AdWeek reported.

Over the Fourth of July weekend, an anticipated high-traffic weekend for the app, the organizations monitored real-time public transactions between Venmo users via the app’s global news feed. Then, they sent micropayments—1 cent to each user—along with a 2,000-character message that not only asked for the individual to donate and included a fact about clean water, but also related to the payment they had just made.

For example, the copy sent to someone who recently charged a friend for a beer may have read, "1 cent can't pay someone back for a beer, but it can help buy someone clean water for a day."

So, how successful was this clever work-around?

We’ll let the numbers speak for themselves.

Frank Cartagena, creative director for Deutsch New York, told AdWeek they expect to raise $1,600 based on the success so far.

That’s a pretty good turnaround for a few pennies.

To learn more about WaterIsLife's effort, check out the video below.

29 Creative Fundraising Ideas for Virtual Events Before & After COVID-19

Awareness Campaigns: What You Need to Know