My Boomerang Won’t Come Back: Why Did My Grant Request Fail? 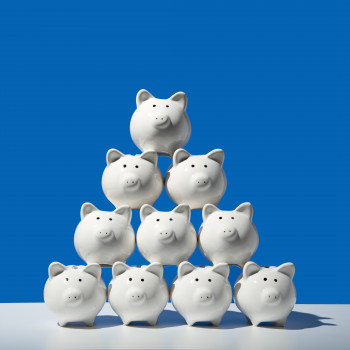 I thought it would be helpful to share a checklist of issues that may be sending your application to the “no-go” pile. This isn’t by any means a comprehensive list, but it highlights a number of problems that often block the path to funding.

Let’s start with some basics. For example, your by-laws may dictate that you have seven or more board members at any one time, and you almost always operate with fewer. A small issue like this can raise eyebrows during the pre-screening phase, often done by program staff and cause your proposal to be set aside.

Another potential problem is not updating your GuideStar profile. That may seem somewhat irrelevant in the larger scheme of the proposal, but many program officers now look at an organization’s GuideStar profile before sending the proposal on to the review committee. Small things like these can trigger a “warning” with the grantmaker.

A common basic issue is simply not following the guidelines. Nothing frustrates a reviewer more than having the applicant add information that was not requested, or provide the correct information but not in the order requested. Grantmakers actually have reasons for establishing specific guidelines, so it is important to always follow them to a T.

Within the proposal itself, there are a number of reasons you might be sending out warning signals. For example, peppering your request with opinion words can turn the request into a lecture. Be very careful about expressing your own opinion. What you want to do is state the facts and paint a picture, then let the readers draw their own conclusions.

A statement like this can be off-putting: The current administration’s outrageous tactic of separating children from their parents has created a national outcry for more humane treatment of those attempting to enter the U.S. from Mexico. Not because it isn’t true, but because you are labeling it “outrageous.”

In this case, you might be better served by stating the issue this way: The current administration’s policy of separating children from their parents has captured headlines across media:

Now you are using headlines to state the facts for you, letting the readers come to their own conclusions. They will likely be the conclusions you’re after, but you aren’t lecturing to them.

Just keep in mind that using phrases laced with your own opinions will alienate the reader. Watch for phrases such as:

At the end of this post, I’ve noted a good resource you can use to identify opinion statements.

Of course, there is often the problem of not providing relevant and timely documentation around your stated problem or need. Clearly articulating the issue that you want to address in your proposal is paramount to the success of your request. You may be launching the most exceptional program ever, but if the grantmaker doesn’t buy into the urgency of the problem you’re addressing, the likelihood of receiving funding goes way down.

You also want the grantmaker to feel as if they are investing in an approach that has been thoughtfully considered and is based on an analysis of the situation, and that their support will make a significant difference. Evidence and data are essential tools for your success in writing proposals. The data that you present must objective. And of course, the solution to the problem or issue has to be clearly driven by this data. Your overall goal is to convince the grantmaker that the information you are presenting in your statement of need is both accurate and credible, and that the resulting program is the best way to address this need.

A Few Other Issues

There are likely a number of reasons why a grant request wasn’t funded, so identifying what those issues might be is always a smart move. But it is not an easy task since analyzing a “failure” is never fun. However, if you want to be successful in your grantwriting, it is important to figure out how to improve your requests.

I encourage you to ask the grantmaker for their feedback on proposals that have been submitted but not funded. You won’t always get a helpful response, nonetheless, it is wise to ask, because occasionally you will get a worthwhile answer that could be useful when you develop your next proposal.

One last piece of advice is to establish a grantwriting team, which can be made up of a few staff members, several folks from your fundraising committee or perhaps one or two volunteers. This team takes the time to review a proposal before submission to look for weaknesses in the case for support that you’re presenting. The same group reviews denied requests in order to spot problems. This team can help you throw that boomerang out into the void with just the right curve so that it comes back with funding attached!

If your nonprofit is looking to find new funder opportunities, build strong grant programs, write powerful proposals and win awards to fund your mission, from now until Aug. 15,  you can sign up for a one-year GrantStation Membership subscription for $169.

For more information, watch this virtual tour of GrantStation.

Cynthia Adams has been dedicated to helping nonprofit organizations identify and secure the funding they need to do their good work for well over 40 years.

Cynthia founded GrantStation because she believes that grantseeking requires a thorough understanding of the funders and sound knowledge of the philanthropic playing field.

Her life's work has been to level that playing field, creating opportunities for all nonprofit organizations, regardless of size or geographic location, to secure grant support.

Cynthia is founder and CEO of GrantStation.

How Corporate, Institutional and Individual Philanthropy Has Evolved Since the COVID-19 Pandemic