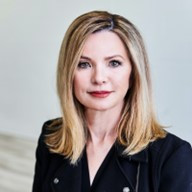 Marketer of the Year

“Deb Lawrence brought Hands of Peace through COVID with creative and cost-effective marketing and communications that kept the organization in front of donors, volunteers and alumni even while programs were severely impacted by the pandemic,” her nominator told NonProfit PRO.

The nonprofit’s summer program returned this year after a two-year hiatus due to the pandemic. And Lawrence was in the middle of it all, leading program staff and communications interns to handle participant recruitment; daily communications to participants, families and host families in Chicago, San Diego, Israel and Palestine; and planning and production for farewell ceremonies in two cities on the same day.

For the nonprofit’s 20th anniversary this year, Lawrence designed a campaign that included national print and online media placements for Gretchen Grad, the founder of Hands of Peace, as well as TV interviews with other leaders, participants and alumni. On top of that, she produced a 30-page magazine to commemorate the anniversary. It featured stories of 20 Hands of Peace alumni around the world, the organization's history and the reimagining process the organization experienced during COVID-19.

“Deb personally interviewed most of the subjects and wrote their stories, which are very sensitive because Hands of Peace works with Israeli, Palestinian and American youth to build bridges of understanding at a time when polarization and divisions are growing,” her nominator told NonProfit PRO.

Before landing in the nonprofit sector, Lawrence had a longtime career in broadcast journalism, serving as brand director for NBC 7 San Diego and an associate producer for the 1996 Olympics for NBC Sports. She has a bachelor’s degree in political science from the University of California, Los Angeles.

“Deb's excellence in storytelling, quality production, media outreach and development campaigns helped Hands of Peace add to its reserves during COVID in spite of reduced staffing and activities,” her nominator told NonProfit PRO. “She also managed challenging communications around not one but two changes in leadership during that time. As the one person on the small Hands of Peace staff with the marketing and communications portfolio, she built excellent relationships with vendors and creatives to expand the organization's profile and reach.”