Making a Difference for Good: Why Good Leaders Can Learn From the Past (and Build On It) 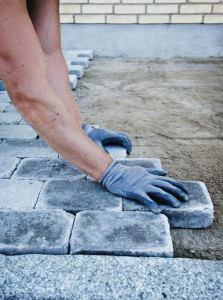 Successful people feel ownership for their organizations (or departments) and personal imperatives to improve them—to make positive differences in the lives of their employees, in the experiences of their donors, and in the performances and cultures of the organizations.

These leaders listen to their stakeholders and learn from the employees closest to the work. They inspire the confidence of their people in the process of enacting bold changes.

That’s the healthy approach that leads to success.

Careful! There’s another side to the coin, however.

Insecure executives who seek to make themselves look good by demeaning the work of their predecessors actually  diminish their chances of success—even in cases where the predecessors fell short.

Have you met someone who, after taking a new role, wasted time and energy blaming his or her predecessor for everything? That doesn’t inspire confidence. Nor does it accomplish anything.

Some will make precipitously unwise but dramatic changes in staffing or strategy simply to leave their marks, without actually testing whether those changes will improve anything.

The real tragedy is that, in many of these cases, the new strategy never is recognized as the culprit. Instead of acknowledging that he or she shouldn’t have stressed success over need, cut acquisition, abandoned the control, etc., the new leader stubbornly insists that his or her approach is the best. So why didn’t it work? It must be the economy! Or the channel (e.g., "Direct mail is dead." "DRTV just doesn’t work anymore.").

When coming into a new role, it’s vital for leaders to learn from the past. Context is crucial. What has worked well? What hasn’t worked well? Why? What has gotten the organization to where it is today? Build on the positive accomplishments and add to them, rather than jettisoning everything in an effort to prove your way is better.

All of us want to make an impact. Smart leaders build on the existing foundation, rather than jackhammering  everything just so they can say they built something new.

As Isaac Newton wrote, "If I have seen further, it is by standing on the shoulders of giants." Acknowledge what has come before. Learn from it. Add to past successes rather than running from them.

If you do that well, before you know it, people will look at you as one of those giants—and will strive to build on what you have contributed.

One parting thought: If you haven’t read the book "The Presidents’ Club: Inside the World’s Most Exclusive Fraternity," by Nancy Gibbs and Michael Duffy, I recommend it highly. It’s an insider’s look at how the wisest, most respected U.S. presidents have engaged, empowered, employed and learned from their predecessors.

A lesson for us all!

Tom Harrison is the former chair of Russ Reid and Omnicom's Nonprofit Group of Agencies. He served as chair of the NonProfit PRO Editorial Advisory Board.

The Strength of Co-Leadership in Nonprofits