It’s been over three months since Hurricane Maria took its toll on Puerto Rico, wreaking havoc and creating catastrophic living conditions for residents on the island. Not only did the Category 4 storm nearly destroy everything in its path, it also claimed a death toll of 1,052 people, according to a review by The New York Times of daily mortality from Puerto Rico’s vital statistics bureau.

The hurricane that brought over 150-mile-per-hour winds, leaving Puerto Rico with a chaotic aftermath—including cutting off power to 3.4 million island residents. And still, over three months later after the disaster, an estimated 45 percent of Puerto Ricans who are electricity customers do not have power, Quartz reported. But the U.S. Army Corps of Engineers (USACE) told ABC News in a statement that they estimate 100 percent of customers will have power restored by the end of May.” 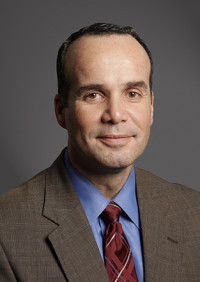 With the help of the Louis Berger, a global infrastructure development and engineering firm, USACE energized the very first microgrid on Culebra, Puerto Rico, in December 2017. NonProfit PRO had the pleasure of speaking with Tom Lewis, president of the U.S. division of Louis Berger, who said that the two teams accomplished this by using traditional diesel generators that were plugged directly into the substation that serviced the island.

“[This] is a more simplified approach to microgrid, but it’s still a step—a very good step—in the direction of distributed generation. It’s a temporary set-up and wasn’t intended as a permanent solution, so the idea would be to do something similar to that on a permanent scale using diesel generations.” — Tom Lewis

“The way that the centralized power plant and transmission systems were set up was not conducive, efficient or resilient to the two storms, so we saw large opportunities for different technologies and approaches,” he added.

Looking to a More Sustainable Future

With almost half of Puerto Rico still without power, the Louis Berger team envisions bringing in more distributed generation technologies—integrating battery storage and microgrid technologies with renewables—instead of relying solely on centralized generation and distribution. That way, there’s a much higher level of stability, resilience and a lower life cycle cost (when you think about costs for operation, maintenance and fuel). Lewis says that the overall life cycle savings more than pays for the additional upfront costs it takes to put the technologies in place.

“Even if [an area] is impacted in the case of a large disaster, they are much quicker and easier to bring back online than a centralized generation and distribution system. It truly is a better solution for an island like Puerto Rico, where you have difficult terrain and very fast growing vegetation that makes a bust in a power line very susceptible to wind-related damage,” Lewis said.

The challenge of building this new system, though, is who is paying for that incremental increase and upfront cost. The solution to this challenge is private financing, impact investing and infrastructure funding—molding them together into a partnership—and engaging with nonprofit organizations to fill the gap, especially in smaller communities. “Bringing in the participation of [nonprofits] makes a lot of sense, so we have been engaged with conversation with different charities, as well as Louis Berger's own charitable organization,” Lewis said.

Tom Lewis is an engineer and holds an environmental law degree. Prior to becoming president of the U.S. division of Louis Berger, he ran the organization’s environmental engineering and disaster unit.

Should Your Nonprofit Worry About the Economy?

Welcome to Your Donor’s Story

3 Ways to Personalize the Donor Experience